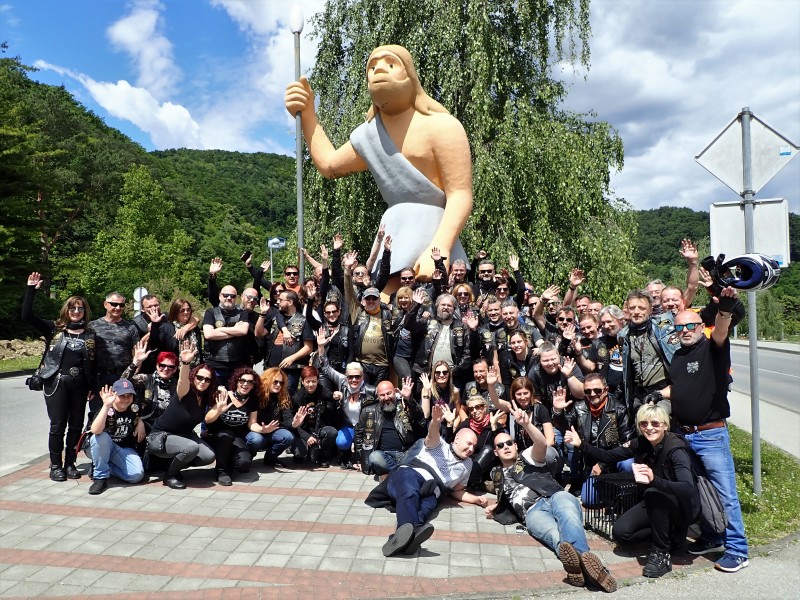 When I was first asked by director Vlado to write ‘…300 or so words on the Chapter, y’know…’, I thought – that’ll be easy. But already the first few sentences proved how wrong I was!

A word on Croatia as a preface: a small, semi-Central European, semi-Mediterranean country (we Croats just love to omit our macro-location on the Balkans, don’t we?), that got its independence after a fierce four-year conflict in the early 1990s. What today pops to the mind of an average Joe is probably Dubrovnik, perhaps Plitvice waterfalls and Diocletian’s palace in Split – and in most cases that’d be all what a normal citizen of the world knows of Croatia.

Today, we’re a country with fabulous sea view roads and great sceneries for a biker. Those who rode with us at the 2011 20th European H.O.G.® Rally in Biograd know this is so true. An old joke on Croats says we like to use our home made schnapps (loza) not only to celebrate, but to cure illness and as a massage lotion as well. That might not be true (and certainly not when we’re riding!), but we surely know how to have fun.

Pleter Chapter, now with 63 (and counting) members countrywide, started humbly as Harley Riders Club back in 2000, when a few of Zagreb’s Harley® enthusiasts decided that it might be better to ride in good company, than alone. The Chapter first got chartered in 2004 by the former Harley-Davidson® dealer, but in later years more or less hibernated until an initiative came about in 2008 to revive its activities and amass its membership. It was not the best time of all – the financial crisis was in full swing, and we had no official dealer as the old one was put out of business. But the idea let its roots deep enough to overcome the gloomy outlook: the five forefathers of the ‘new’ Chapter insisted that not only riders from the country capital should be included in the organisation’s activities. So we hopped on our bikes and rode to Pula, Rijeka, Split and Varaždin to meet local Harley fans, the best of whom are now Chapter’s regional Assistant Directors and discretionary officers. Under their supervision, membership started to build from only 11 full members in early 2009, to 62 in March 2012. Among the 62 we have nine Ladies of Harley™, half of them riding on their own. Since 2011 we even have an international branch, gathering our friends from other countries and Croatian riders who live abroad.

Earlier this month we saw a new Harley dealer open here in Zagreb, putting a new wind in our sails. Once a year at a general meeting, we decide not only on the formal Chapter issues, but also on the next year’s rally schedule: it is an obligation of each member to yearly attend at least two domestic rallies and one international H.O.G. event. We are proud to say that every single one of us greatly exceeds this requirement. In the past few years, no major H.O.G. Europe rally went without at least a couple of Pleter Chapter Croatia riders: we went to Faaker See, Balaton, Lugano, Hamburg, Barcelona, Biograd (of course)…, and just a few days ago the six of us returned from the 2012 M.E.N.A. Rally in Doha, Qatar. What fantastic memories for all of us…

And here I am, an hour or so later, with a lot more to say, but already way above the word count I was given. Therefore, if you are tempted to learn more about Pleter Chapter or Croatia as a riding destination, visit www.pleterchapter.com. If you find yourself somewhere in our neighborhood, contact us – maybe you’ll spare some time and join us for our regular weekend’s ride. Have fun and ride safe!

Your next adventure starts here!